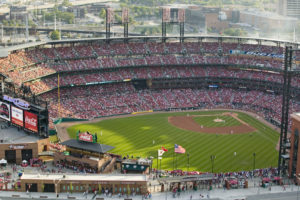 Half of the job for a Baseball Fantasy owner is to draft a good team. It means you better be prepared for many different scenarios during draft day, but you also need to have some kind of strategy to fall back on. We will not talk about Auction drafts, you will find information about it ina a separate article.

The new fantasy baseball season will soon begin, and you can not be too prepared. Before you enter the draft lobby, you have to have multiple plans and be able to react to surprise picks by your opponents. Every player knows the feeling when you panic because the pick before you were the pitcher you had been eyeing for weeks. Suddenly you do not know what to do, and the result will be a wasted choice.

It is important to know what kind of scoring system your league owner has decided on. If you do not know it will be difficult to have any meaningful strategy. Different leagues can have different scoring default scoring systems, for example do you count OBP or AVG? Some players can draw walks and will be more useful than players who basically only get on base if they can get a hit. Some leagues also have limitations, it could be you need to have a certain innings pitched before you will qualify for an official result. There can be a limitation for how many players you can have on a certain position and how many IR spots do you have?

Before you do anything study the league rules and scoring system

Needless to say, if you play in a league with below 10 teams, compared to a league with 16 teams your talent level will be a lot different. It will also be more players selected between your own draft picks. If you have certain need further down in the draft, maybe you feel the urge to overpay to fill some holes in your lineup. In a league with very few teams, you will probably make safe picks with proven track record and not go for the big-name prospect who just maybe gets a call up during the summer months.

Check the number of teams in your league

If you get the number one pick in a snake draft you might first get overwhelmed, but you soon realize between your first draft choice and your pick in round two many players will be gone. Picking first overall it is always recommended to take the best player available. Strategy will play a part in later rounds, and is not something you should think about in the first round. Depending on where you pick you need to decide when it is time to draft starting pitchers. Generally, it is wise to draft a great hitter in the first round, and after that it is more open. Many will take the approach to wait to draft starting pitchers in round three and lower. The reason why is pitchers are more injury prone and is more of a risk. Loading up your roster with good hitters is a safer and more conservative option.

Take the best player available in the first round

Usually it will not be recommended to build your team from great starting pitchers. The reason is you need to use too many early picks on pitchers, and then you miss out on the elite hitters. Pitchers are more injury prone and frankly it will be too much of a risk. Fantasy is about minimizing risk and maximizing the chance to win. However, it is wise to take two top 20 starting pitchers if possible. This is of course depending on how many teams in your league. Many league formats also count strikeouts, and during your draft have that in mind. In the later rounds try to get high upside pitchers with a high strikeout rate. If you end up with one or two of these players with a great season, you are better setup for success. Also try to look at the teams’ chance to get a win. If you choose between two pitchers to draft, take the one who plays on the better team. This is to optimize your chance to get wins.

During the draft many players tend to draft closers too soon. It is important to have a good group of closers if your league counts saves, but these players tend to be replaced during the long season. Only a few players have the pleasure of unlimited job security. Behind these elite closers you can find bargain deals during the season. Something to think about is if your closers play for a contending team or not. If you have a closer on a rebuilding team, he might get traded at the deadline to provide more bullpen depth for another team.

Do not draft closers too soon

Ideally all your batters are “five-category players” (provide value in Runs, Homeruns, RBI, Stolen bases and batting average/on base percentage), but it is impossible. When you draft keep in mind to take a couple of solid players who will provide stolen bases. If you chase stolen bases only on the waiver wire you will probably only find the one-dimensional players, who simple is not good enough in other categories.

Many league formats have spots for IR eligible players. If you draft such a player, he can be put on an IR slot and then you can pick up another from the waiver wire. However, when will he be back from his injury? And how early would it be wise to draft him? These are questions you need to answer, but generally you can find bargains if you study the IR list before your draft begins. Players who get injured during the preseason can fall quite a bit down the rankings and if you feel he can help you further down the line, it can be something to consider. But remember to check when he is expected to be back, because it will ultimately determine the value.

Study the IR eligible players before your draft

During spring training a few young players will have a great start to the season, and you will be very tempted to draft a couple of rookies based on these performances. However, be very careful to get too excited about their potential. In dynasty leagues the process is of course completely different. But many young players will have to wait a couple of months before they make their MLB debut. The general advice is many rookies are overvalued at the start of the season, and throughout a long fantasy year new exciting talent will make their entrance to the MLB. Many roster sizes will allow to draft rookies, but not too many. Veterans will more likely give you a greater value during a long fantasy season.

Be careful when drafting rookies

Stay away from your favorite team and player

As a baseball fan you will have favorite players and a favorite team. It can be very tempting to draft those players, simply because they are fun to follow, and well they are your favorite players. But try to be objective and get the best player available for your team or strategy. You play to win and resist the temptation and you will be rewarded later. In every draft some owners make massive reaches for players, who almost certainly are on “their teams”.

Generally stay away from your favorite player