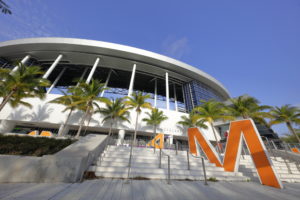 The Miami Marlins 27-year old starter Caleb Smith has been great so far in 2019, but is the success sustainable? Is a he a good add from the waiver wire or a good trade target? We will examine the stats for his 2019 campaign.

The 2019 fantasy baseball season is in the first half, and the sample size is still very small for most players. However, you should always try to evaluate hot starts and who is a good trade target or a good add from the free agent list.

One of the best starting pitchers so far into the season has been Caleb Smith, who plays for the Miami Marlins. The team is in a clear rebuild, but Miami Marlins plays half their games in a great pitcher’s ballpark. In this article we will examine the hot start and go behind the numbers to see if the performance is sustainable.

Caleb Smith was drafted by the New York Yankees and before this season he has 96 IP, which is a small sample size to compare his current season. In 2018 he was limited to 77.1 IP due to a shoulder injury, which is now in the past. He has several pitches, which can produce a healthy amount of swinging-strikes. The multiple ways to get strikes is a key part to his success at the highest level.

If we take a look at his numbers in 2019, we have to be aware of the small sample size. The strikeout ability is something which always attracts attention in baseball fantasy, and Smith has shown he has the ability to give you above average strikeouts per inning.

All his strikeout numbers look better for each season he has pitched. A K/9 over 9 is always a stat fantasy baseball owner likes, and now Smith is well above that. He has shown he has multiple pitches which can produce the same result.

His fourseam fastball velocity is not considerable higher, but it is early in the season and those numbers are not easy to compare. He sits at 92.7 mph at the moment in 2019.

Smith has had some luck so far with a BABIP of .226 compared to his career number at .273. This suggests he might have been a little lucky so far on batting average on balls in play.

Almost every stat column looks better this season for Caleb Smith and he has taken the necessary steps to become fantasy relevant. Advanced stats show a little red flag in his BABIP, but almost all other stats are trending in the right direction. Even if he has been a little lucky, he has still been great. He plays in a great pitcher’s ballpark which will help him throughout the season. One problem is the Miami Marlins is not a very strong overall team, and they are not expected to win many games. Smith will give them a chance to get wins, but he can only do so much. A nice aspect to his season so far is his strikeout ability, which is very important in fantasy. He has the numbers to back up a considerable better 2019. However, as we have said multiple times the sample size is small.

Caleb Smith is definitely fantasy relevant this season, and you should pick him up in all formats if he is on the waiver wire. If he is owned in your league, try to get a feel for how much it would cost to trade for him.